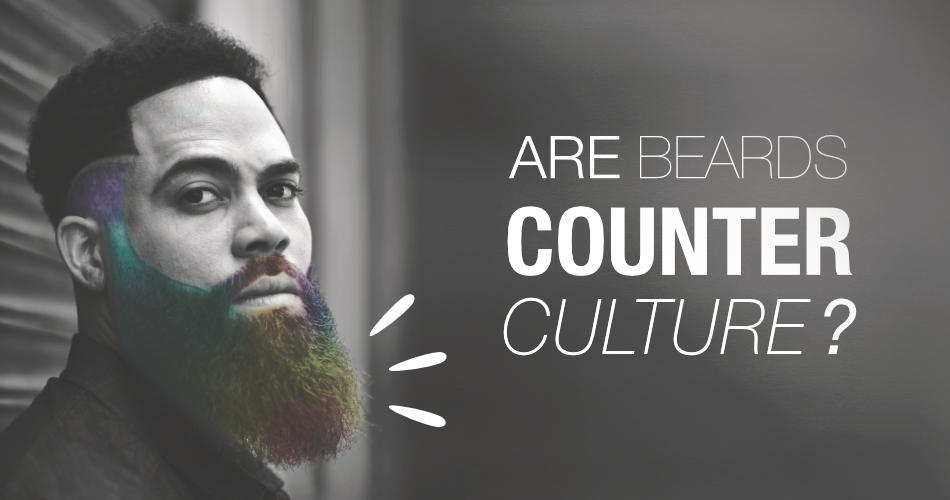 All along the path of civilization, beards have been used to signal status and culture. Either as visible confirmation of a high regard for appearance & precision, or utter discontent for ones self image. We explore if todays clean-shaven trends are forcing beard wearing men to the fringes of society.

Flowing alongside any dominant culture, perceptions of facial hair have always held a powerful significance. The public consciousness tends to focus primarily on the status of beard wearers, sometimes holding contradictory positions. Simultaneously viewed as a symbol of heroic masculinity, and a reflection of darkness linked to evil.

The decision to wear a beard is often in direct connection with ones religious, political, cultural, social or sexual affiliation. Todays popular culture trends towards the clean-shaven. Not as a matter of personal taste, but as strict adherence to social pressure. Currently beards are viewed by society as “unprofessional”, slanting perceptions in favor of the beardless.

The embrace of a far less masculine male is moving the beard from being a symbol of maturity & wisdom, to something more resembling an untrustworthy rebel of some kind. This article will help clarify if wearing a beard is an act of nonconformity, or a part of a bygone trend that should be forgotten.

“THOSE WITH BEARDS ARE VIEWED AS THE CARELESS AND LAZY TYPE.”

If you have a beard, the thought might have crossed your mind to mitigate the perceived stigma it carries by shaving it off. The concern that it may limit career and social opportunities certainly feels real, but does it really exist? Are beards a deliberate sign of rebellion, similar to the punk Mohawks of the 80’s? Before any shaving is done, the role of the beard in todays culture & society, must be considered.

Speaking with a co-worker one morning, he brings up the notion that shaving ones beard off could help you get further ahead in life. Describing a general feeling that those with beards are viewed as the careless and lazy type.

At first you Ignore the comment and carry on, as if a beard isn’t a factor in day to day life. That’s when you begin to notice peers reacting to your calmly stated comments as if you were agitated and becoming irate. You try using “up-speak” to replace an excess of bass in your voice, hoping to sound and appear less threatening to others. In response, people treat your up-speak as a last ditch attempt to maintain sanity right before you snap!

You decide to appease some of their strange behavior by trimming back the beard somewhat. Cleaning up the cheek-line while letting the rest grow wild. Instead of alleviating pressure, this trim only reinforces the idea that beards are a form of grooming negligence, because you didn’t bother with the other parts. You finally ask coworkers for consultation, trying to understand where exactly the problem lies and how shaving might fix it. They practically waterboard you with all of the reasons men “need” to shave their beards in the modern day.

“SLOWLY IT BECOMES CLEAR THAT YOU’VE BROKEN AN AGREEMENT OF SOME KIND.”

Immediately, they target your sense of masculinity. Trying to cause injury with direct comparisons to our modern day warrior class, the armed forces. “Military badasses don’t wear beards” they say. “The same goes for fire fighters and police officers too”. Although this is true, it‘s only so their gas masks work properly by forming a clean seal with the skin. Soldiers don’t allow hair to ever get in their way, hence the buzz cuts. Also fire fighters and cops can wear a mustache as many do. You think to yourself, this can’t be a valid reason to ditch the beard, right?

The next day, you find yourself at a professional development event where everyone is actively avoiding conversation with you. Slowly it becomes clear that you’ve broken an agreement of some kind. Until now, you weren’t aware of the deal civil society made, where beardlessness & business suits signifies an implicit agreement of things. Proudly displaying the message that you won’t suddenly do anything “unexpected” or out of the norm.

You stand outside yourself, comparing the flow of interactions between attendees, noticing how the clean-shaven men are favored in these settings. You concede, It is reasonable to see noncompliance with pop culture as untrustworthy. The only exceptions are the elderly. No longer looking to climb the dominance hierarchy of society, and are viewed as unthreatening as a result.

“IN THE ANCIENT PAST, BEARDS WHERE SO IMPORTANT THAT MEN WOULD SWEAR ON THEM”

Later at dinner, the realization of it all grips you. A quick look around the busy restaurant and you can count the number of guys with a beard on one hand. The TVs above the bar confirm your suspicions. Every advertisement, show, or representation of men pushes the idea of an effeminate, bald-faced, unthreatening character. Like hearing the horn of an oncoming train, the pressure to perform a sort of follicle based castration is deafening.

In the ancient past, beards where so important that men would swear on them, like you would on the lives of someone you thought irreplaceable. So there must be some practical reasons for keeping a beard? Although current trends are shifting away from facial hair, it does so against human nature. There’s an abundance of empirical data that shows the power a great beard has on self confidence and the way people perceive you.

Anyone with a well-groomed beard will attest to the respect men show each other, in the form of subtle nods of approval while out in public. The club-like recognition between well bearded men includes outright complements and talk of special techniques. Unprovoked, those outside the gang will often confess their experiences with “beard envy”, a sort of jealousy felt when seeing an amazing beard, and wishing for one like it.

Many studies and polls have found that woman view a thick, cared-for beard, as a sign of health and a potential mate. Plus, woman overwhelmingly find facial hair more attractive. Maybe the beards themselves aren’t counter cultural, just the positive masculine traits they represent! Identifiable by the condition of the hair on your face. Maybe by tending a beard with precise attention to detail, and a style that suits the face well, will remove any misconceptions about character.

“A CONSTANT REMINDER OF YOUR DISCIPLINE”

Now your beard serves as a beacon of greatness. A constant reminder of your discipline, force of presence and no-days-off attitude. Mighty beards of the past represented wisdom & maturity, a status reserved for stand-out men who agree to play the game & be an apex of positive masculine traits, in the face of dominant culture.

There’s no getting around the fact that you’ll appear more commanding, more manly and devastatingly more attractive, but those are problems You’ll find a way to manage…

GO BACK TO BLOG >